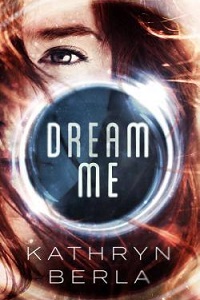 In this YA novel, a young man from Earth’s far future visits a present-day teen in her dreams, but soon their connection is threatened.

In a future era in which the Earth is dying, Zat plans a dangerous trip, time traveling to our present by projecting himself into the mind of a teenage girl while she sleeps. That girl, Babe, who’s 17 (roughly Zat’s age), is an adaptable, resourceful person thanks to her father’s job as golf pro, which has caused them to move from state to state—most recently, from California to the Florida Panhandle. Over the summer, Babe learns about another new town, makes some friends, and works in the country club’s tennis shop, and she also begins having recurring dreams of a boy with thick, wavy brown hair and green eyes, who eventually introduces himself as Zat. He seems strangely familiar, and they share a strong bond, making Zat a “dream guy” in every way—except for the crushing headaches Babe has the following day. To herself and on her blog, Babe wonders how Zat can feel “more real and more interesting than anyone…in real life.” But can he achieve corporeality after time travel? And will he have to abandon the trip—and his life—to save Babe from unbearable pain? Berla (12 Hours in Paradise, 2016, etc.) delivers a very entertaining romance with well-thought-out sci-fi elements—one that’s delightfully free of the clichés that so often haunt YA fiction. Both the story’s rich-kid and queen-bee characters defy convention; Babe’s friends have intriguing back stories, and the country-club setting gives the protagonist a chance to make perceptive comments about people and society. For example, while touring a palatial yacht, she remarks, “I knew money didn’t buy happiness, but it was unbelievable what it did buy.” Babe’s blog opens up the story via the sometimes-silly, sometimes-mysterious comments of her readers: one of them wishes she would focus on Florida sightseeing; another, called “DreamMe,” seems strangely knowledgeable about Babe’s situation. The final twist isn’t easy to see coming, and it gives the novel a satisfying, well-earned ending.

BUY NOW FROM YOUR LOCAL BOOKSTORE