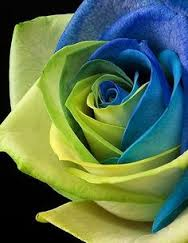 Imagine if everything you believed in was suddenly turned upside down.

If green was now blue or an elephant was now a marsupial that might not matter too much to you. If a tomato could feel pain or a house cat could spit poison, you probably would change certain behaviors.

Such a thing may just have happened.

Tiny particles called neutrinos raced against light beams from Switzerland to Italy and guess what? The neutrinos won by 60 billionths of a second. More on that later.

Even as I struggled in college science courses I was drawn to physics. It appeared to me to be the “religion of all sciences” in its ability to break down the overwhelming nature of the universe and deliver it to us mere mortals in concepts we could grapple with,

It was elegant in the harmonious balance it struck for me. Even my own body was a universe of sorts, with every cell becoming its own universe in turn.

If there was a high priest, it was Albert Einstein, a man so profoundly intelligent his name became synonymous with intelligence itself.

“You’re no Einstein,” might be used in the same derogatory fashion as “It doesn’t take a rocket scientist to figure this out.”

This man who couldn’t keep his own life straight; who seems to have mysteriously “lost” a daughter; who abandoned a schizophrenic son when he emigrated to the United States with his second wife who was also his first cousin—this man gave us a theory upon which many of our assumptions about the universe have been based for the past hundred years. And that theory told us, among other things, that nothing could travel faster than light itself.

Back to the neutrinos… the author of this startling new discovery was recently quoted as saying, “the consequences can be very serious”. He invites other scientists to do their own testing in order to verify his shocking results.

My scientist son tells me “if true, this would put into doubt the framework upon which much of current theoretical physics is built.”

But what about the rest of us? How does this affect us?

But beyond that, the world will still revolve around the sun and we’ll continue to have night and day, and things will still fall when you drop them, and when you crash your car into a tree going 90 mph the impact will probably still kill you.

The neutrinos have proven that the universe will never fully reveal its secrets to us mere mortals.

It doesn’t take an Einstein to figure that out.