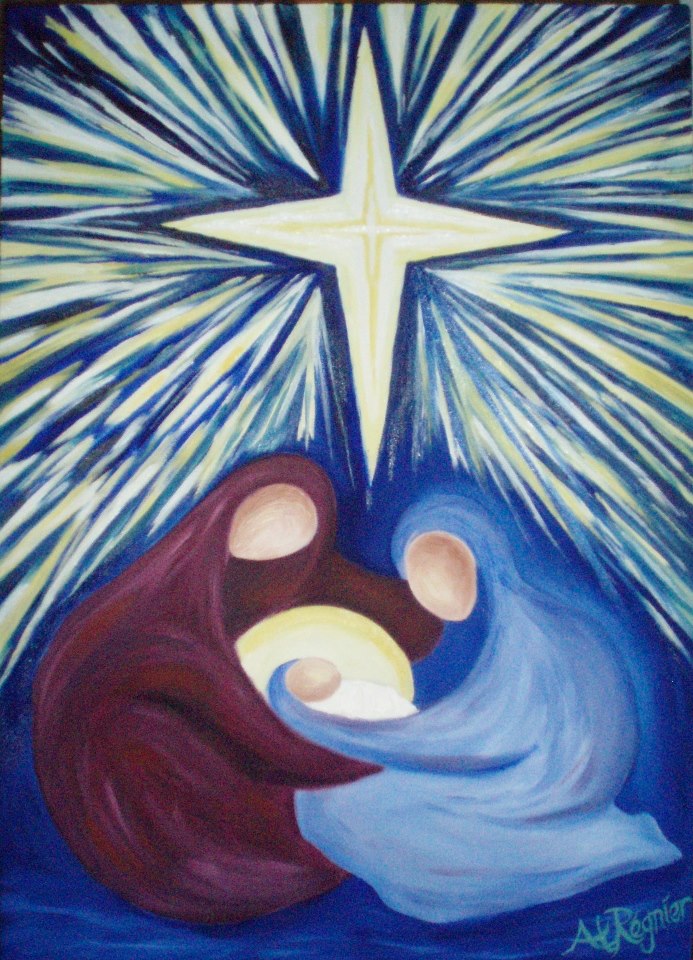 It’s Christmas day and the sun shines boldly above a thin veil of haze.  I walk the streets of my neighborhood and quiet rules the day.  No cars, no familiar faces… not even a mouse.

Just yesterday tempers were still frayed as cars engaged in parking space battle and last-minute shoppers foraged for last-minute bargains.  But today all of that’s behind us.  With no stores to tempt us, not much in the way of television, radio or even internet to whisper in our ear, we have this one blessed day before the noise starts up again.

When I was young, Christmas was a serene event.  My mother kept the focus on the message behind the day.  Presents were modest except for the year I got my sleek black Raleigh bicycle which was the most beautiful thing I had ever seen. It was a day when my mother had her wish for the whole family to attend church together.

As I got older and my religious and spiritual beliefs became more complicated, more unknowable and more shrouded in multi layers of gray, Christmas took on many different forms.  Sometimes it was just an afternoon at the movies.  When my kids were young it became a toy fest.  Slowly it turned into a day I tried to avoid.  The noise became louder and louder until I only wanted to turn it down.  Or turn it off.  And sometimes I did.

Scholars will say that December 25 is not the birth date of Christ since shepherds would be unlikely to be in the field during this very cold time of the year.  Nor would it be a particularly opportune time of the year for a woman in the late stages of pregnancy to make the arduous 70 mile trip from Nazareth to Bethlehem.  Instead, the date probably has more to do with pagan rituals tied to the winter solstice.

But this is a small concern since the actual date is only symbolic in nature.

So what is Christmas to me now?

To me, the essence of Christmas is memories of family past and the company of family present.  It is beautiful lights and familiar smells and well wishes towards our fellow man.  It is exemplified by the Christmas Truce of 1914 when soldiers on both sides of the war spontaneously lay down their arms and recognized the humanity of their enemy, if only for a day.  Pity they didn’t permanently abandon their trenches and return home to their families and communities.  More tragic still that only decades later a twisted madman was able to distort the story of the Prince of Peace for the purpose of murdering millions more.

I suspect that, even for atheists and non-Christians, Christmas brings us to a full stop every year before  we have to step on the accelerator once again.  It causes me to pause and examine my life.  How will I spend the rest of my time here on earth?  How can I infuse meaning into every moment?  How can I make a difference, no matter how small?

On this day, the lights go on and the noise switches off.

It could happen any day.