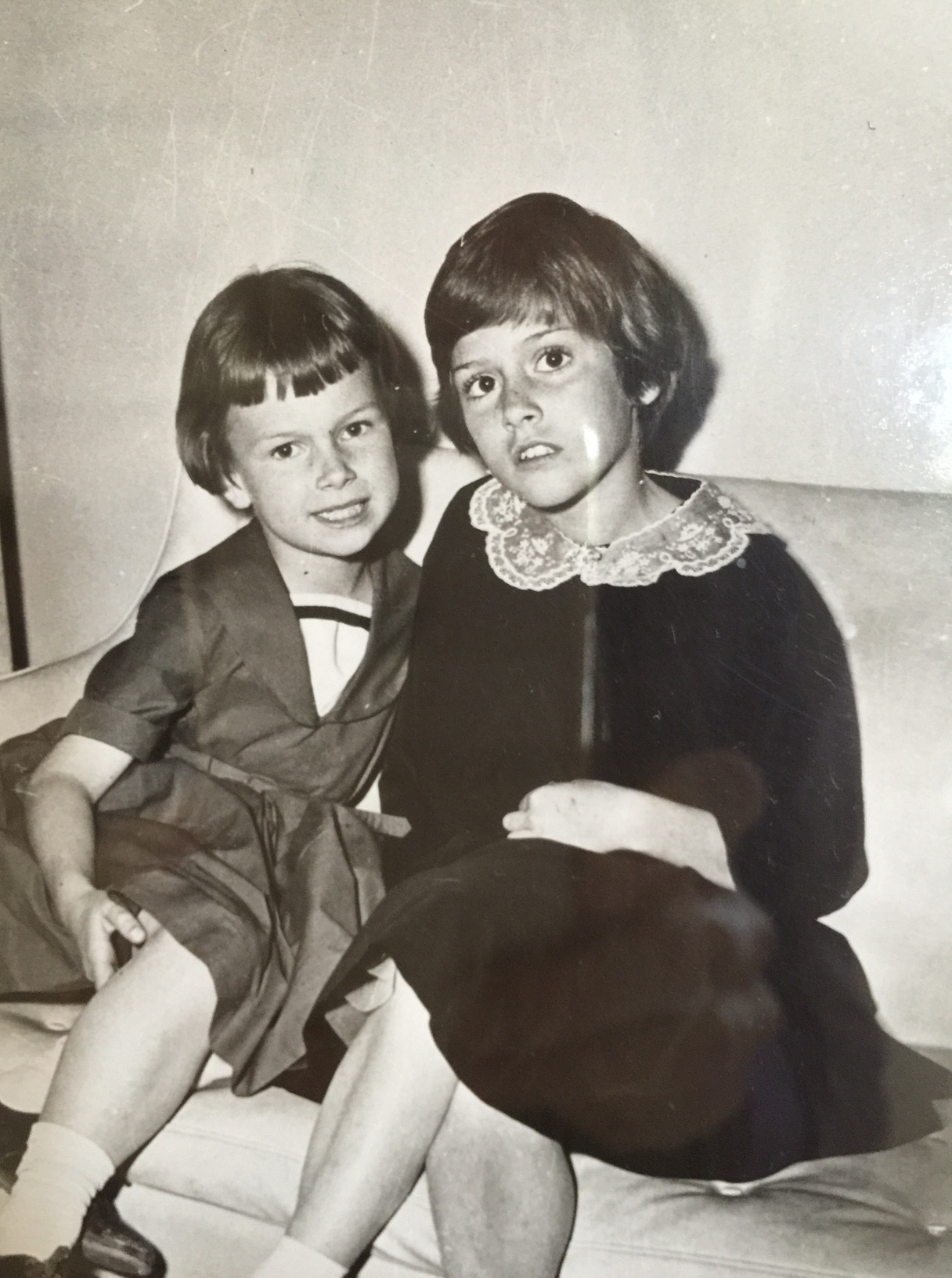 It was a day so hot and close that only children could function at full capacity.  This was the farm where my father had lived as a boy.  It was difficult to imagine the formal older man roaming these hills and playing in this creek.  Difficult to picture him coming in from a hard day of work and play to eat a slab of bread coated with apple butter and cottage cheese, a meal later dubbed the “when-daddy-was-a-little-boy” sandwich.  I tried to visualize him at the kitchen table, his upper lip sporting a happy young child’s buttermilk moustache instead of the patch of hair that grew there now. 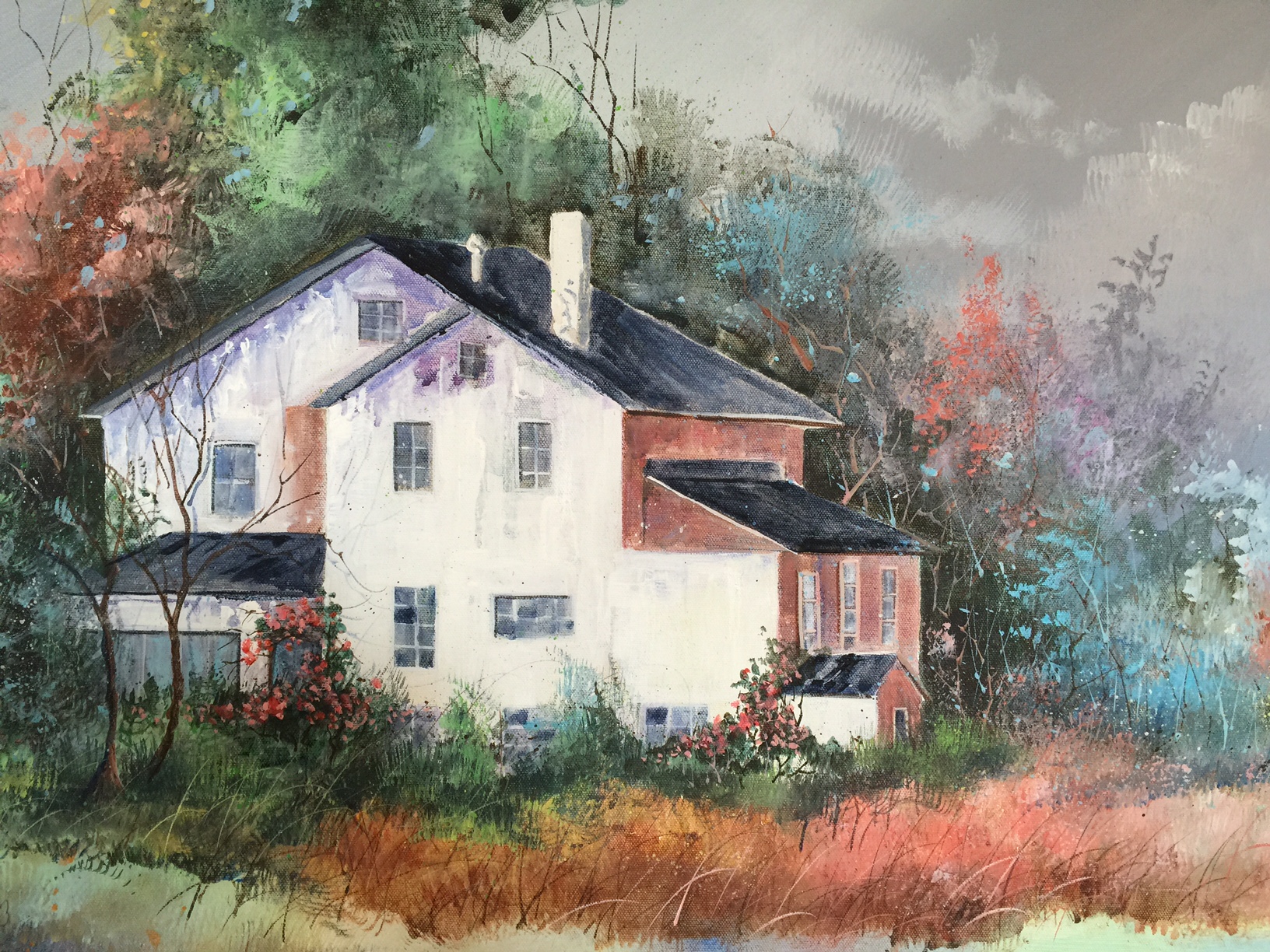 Tried to put myself in the mind of the boy, about my age, who listened to the mournful cricket song on a warm September night while his mother lay dying.Look around!  It was a landscape filled with wonder and possibilities that I could only imagine.  The old metal pump which had served its masters so well over the decades before water ran from kitchen faucets, stood forlornly in the yard, its usefulness now relegated to a quaint reminder of days gone by.

I pumped it vigorously up and down, up and down until my arm ached.  When the cool water defied gravity to spill out onto the earth I grabbed the dented tin cup and filled it.  The water was cold but tasted like the metals of the underworld and the rust of ancient pipes.  I took a few sips and splashed the rest on my face.

My sister found me at the pump.

“Come with me. I have a surprise.”

I followed her to the barn which was devoid of animals now but cool and filled with the clean smell of hay.

I looked skeptically at the ladder which led high up to a loft.  But my brave sister who was fearless and had a nose for adventure wouldn’t lead me astray so I cautiously ascended the ladder, following her lead.

From the top I could see wide gaps in the floor of the loft. Chasms that loomed like the Grand Canyon before my timid eyes.

“Be careful, we’re almost there.”

She reached under the straw at the base of a supporting beam and pulled out an egg, pearly white and flawless in shape.

“Where did it come from?” I was surprised since there were no chickens in sight.

“It’s a trick egg. They put it underneath the chickens to trick them into laying.”

This seemed miraculous to me.  A chicken would wake to find this magical egg in her nest.

She handed it to me and when I had satisfied my curiosity she carefully replaced it underneath the straw.

The gaps in the floor showed the ominous depths to which I would plunge in the event of a misstep.  My nerve was running out.

Carefully making my way down the ladder, hands tightly clutching the rails, I heard my sister’s voice.

“Remember, don’t tell anyone.”  She lay on her stomach high above me, her head and arms dangling over the edge of the loft as she watched me leave.

I walked inside the old house, a home built at a time when houses spoke and moved and breathed and had stories to tell unlike the mute structures of today.  This house was new when its brother houses 150 miles away were being turned into makeshift hospitals where the groans of dying Union and Confederate soldiers could be heard for days if not weeks.

My mother noticed me and called me into a room.  She shut the door behind us.

“I have something for you,” she said.  And then I remembered it was my birthday.  I’d nearly forgotten.

A matching brush and mirror framed in glittering pink plastic.  And a bag of Hershey’s Kisses.

“Happy Birthday,” she said with a smile and a kiss… a real one.

When she was gone, I sat on a chair and unfolded the shiny silver foil from a Kiss. I put it in my mouth and tasted its chocolate-y delight. I tentatively held the mirror with my left hand and took a few practice strokes with the brush. But it was too nice really. I didn’t want to sully it with loose hairs so I set it down carefully on the dresser beside its mirror mate.

Then, unable to get the magic egg out of my mind, I stuffed a few extra Kisses in my pocket and went off in search of my sister.