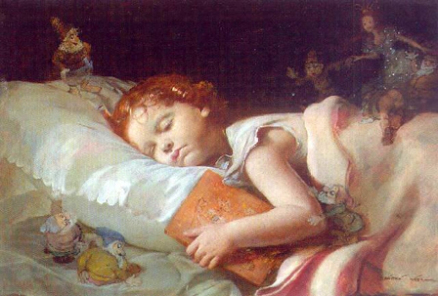 Last night I couldn’t fall asleep which is not at all an uncommon event.

It wasn’t always that way.  When I was younger I slept with no awareness of the world around me.  I slept so soundly that my dreams were long played out and already forgotten by the time I woke.  Twelve hours on a weekend was not unusual for me when I was younger.

Close to thirty years ago crying newborn babies began to wake me at regular intervals during the night.  Later they transformed into little children with bad dreams or nighttime stomach aches.  By the time they had grown out of being novice teenage drivers with a world of dangers waiting at every traffic light, my brain had forgotten how to sleep.  Or at least it had trained itself to rouse me at the slightest noise or mildest provocation… a random thought for instance.

So last night when I couldn’t sleep it was not a surprise.  My shoulder ached on this side.  My hip ached on that side.  Did I turn the oven off?  Did I turn the dishwasher on?  What happened after the movie credits rolled last night?  Did the characters ever find their way to Oregon?

But I would lie here in the dark with my thoughts.  At least my body is resting, I reasoned.

The sudden mildly stinging sensation in the corner of my eye brought my hand instinctively to my face.  And in that reflexive motion, I realized that I was holding onto something warm and wiggly– a very small man, no bigger than my thumb, lilac in color with a tiny golden messenger bag slung across his shoulder.

I held him firmly but carefully, not wishing to cause him any harm.  His gossamer wings were beating wildly so I tucked them down into my palm to keep them safe.

“So this is what gossamer wings look like,”  I marveled.  “I never knew that the Sandman could fly.”

His large dark eyes looked up at me pleadingly and I felt a twinge of regret.  His tiny heart was visibly pounding underneath the surface of his translucent flesh.  His fragile body trembled so violently that it set my hand to vibrating.

I looked over at my husband who was soundly sleeping.  I couldn’t bear to wake him.

“But just imagine his surprise when he sees what I’ve caught,”  I reasoned.

“Please,” I whispered to the little man. “Just until tomorrow morning, and then I promise I’ll let you go.”

He looked defeated and demoralized.  He knew what this meant and so did I.  A lot of people would go without sleep tonight.

Still… how many opportunities will a person have in a lifetime to hold magic in her hands?

The next morning I woke with a start.  My hand was curled in a loose fist that had opened like a blossoming rose in the middle of the night.  Random sprinkles of golden powder glittered on my knuckles, spilled from his bag as he had worked his way loose.

In the end I was left with just my shame and a lingering question.

Would he forgive me my trespass against him?  Or would I be condemned to a lifetime of sleeplessness for that one selfish act?