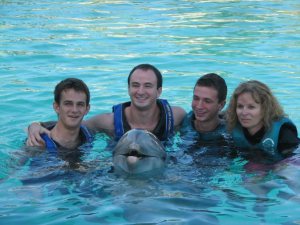 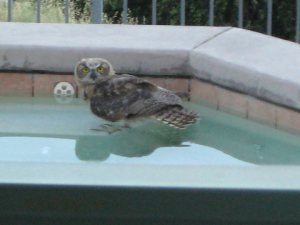 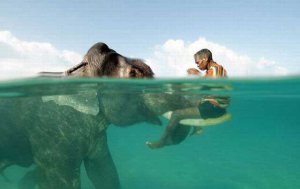 Here’s to the creatures large and small, of the air and land and sea (as the song goes).  Here’s to the creatures that I most love and to the ones that I cannot abide.  Here are my preferences and prejudices when it comes to the Animal Kingdom.  There is no logic.  All creatures are Nature’s perfect creations and deserve perfect respect.  But I am not a perfect person and my partialities bubble to the surface in a cauldron of life experiences, and are baked into my DNA from time immemorial.

I will speak on behalf of elephants, owls and dolphins.  And I will speak against sharks and snakes.

Elephants and owls and dolphins (particularly Atlantic bottlenose dolphins) interest me for a variety of reasons.  The superficial part of me will admit that appearance is the primary factor. But reputations and certain variables play a role as well.

Their cuteness factor I believe stems mainly from their large heads. We all like large heads supposedly because human babies have large heads and we’re hardwired to love and protect human babies. Or at least that’s a theory.
Elephants have big ears to go with their big heads which is an added bonus and also why I prefer African elephants to Indian elephants.

What head could be bigger than a dolphin whose head is the same size as his body? In fact it is his body. An added cuteness factor for the dolphin is his perpetual smile, even when he’s feeling bad.

I also perceive these three representatives of the Animal Kingdom to be highly intelligent. The owl is the symbol for wisdom. He may not be smart at all but when you’re the symbol of something you don’t have to prove anything to anyone.

Elephants with their graveyards and all…practically an advanced civilization in my mind.

As for dolphins, well they’ve proved their intelligence time and time again by rescuing surfers from sharks and disarming underwater bombs.  Smart and brave.

So that’s it for the smartness factor.

Variables include the soft shuffling stumps that elephants have for legs. And their feet are round and perfectly flat on the bottom. At least that’s the way I imagine them to be. And of course their trunks. Need I say more?

The variable for an owl is that it sleeps all day and hoots. It can see at night and it barfs up owl pellets– not exactly cute but quite interesting.  And its saucer-like yellow eyes give it the appearance of being very annoyed and slightly grouchy, without forfeiting any of the cuteness factor.  That’s quite an accomplishment.

And dolphins… well the squeaky little way they talk is just so darned cute… but I suppose that’s the cuteness factor. So the variable for a dolphin would be the fact that someone thinks his nose looks like a bottle. What could be more interesting than having a nose that looks like a bottle? Books and plays have been written about such noses (i.e. Cyrano de Bergerac and Pinocchio). And did I mention their smiles? It makes me so happy to look at a dolphin even when he might be sad 🙂

I’d also like to give a shout out to the ladybug. There aren’t many insects that pass the cuteness test and that’s all I have to say about the ladybug.

As for creatures that I have no use for, sharks and snakes top my list.

Why sharks? Because they can eat me? Plenty of animals can eat me including lions and tigers and bears for whom I have great admiration. Oh my!

Because they are gray and not colorful like a killer whale? I love donkeys that are also often gray and not at all colorful.

Because they can’t be trained like a killer whale? Cats are fine creatures that seemingly can’t be trained.  And even if it was possible to train a great white shark or perhaps a hammerhead to jump through a hoop of fire, then balance a ball on his nose and shimmy up to the side of the tank for a kiss, I’d still be looking into those ‘dead’ eyes.

“I’m just going to hang out on your hand for a bit and chillax if you don’t mind.”

So when it comes to a shark, I’d have to go with all of the above.

And snakes?  Many people love snakes.  Many more, I suspect, than love sharks.  So why do I find them so objectionable?

Is it because they crawl on their bellies? I have an even stronger aversion to water snakes than land snakes.

Is it because they’re so long?  I was very fond of my old friend Mr. Lucky, the miniature dachshund.

Is it because they are poisonous?  I’m crazy about those adorable little blue and red Amazonian frogs that you reach out to touch in wonder and then die moments later from their deadly poison.

Is it because they have no legs?  See above for dolphins.

Is it because they have ‘dead’ eyes. See above for Robert the Gecko.

Is it their bad rep from the Old Testament?  Only if that’s been baked into my DNA without my knowledge (see introduction).

Again, when it comes to snakes, I’d have to go with all of the above.

And because I don’t want to neglect the insect world, I’d like to add that I absolutely loathe yellow jackets and wasps.