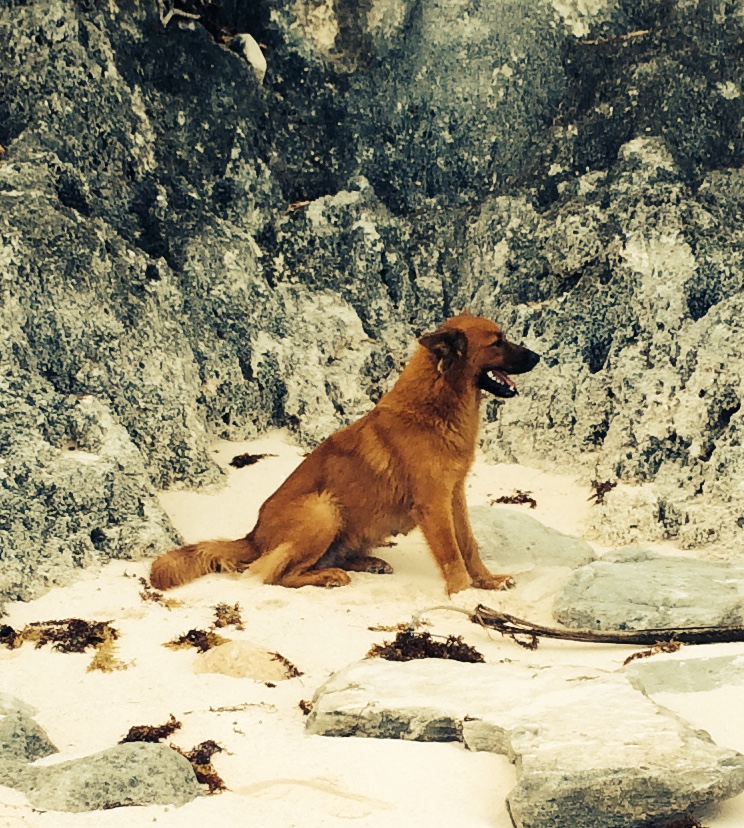 The best dog I’ve ever known doesn’t have a name. To the man who occasionally feeds her she’s just a whistle. To my son who adored her, she became Orange Dog for the color of her coat.

I should add that I haven’t seen Orange Dog in over a year. I’m not even sure in the rough and tumble world of dogs she lives in, that she survives to this day. And I have no way of checking on her wellbeing because Orange Dog doesn’t exactly belong to anyone except herself.

I should mention that Orange Dog is a potcake dog and perhaps a word or two about exactly what that means. In the Bahamas (and also Turks and Caicos) the potcake is iconic. They are the descendants of an interbreeding of dogs brought to the islands by waves of colonizers over many hundreds, even thousands, of years. The name derives from the food the dog was traditionally fed by the Bahamians— the unwanted crust of rice and peas left over on the bottom of the cooking pot. These were the scraps that tied man to dog. But the potcake isn’t totally reliant on man; it supplements its diet through foraging.

Back to Orange Dog. She came with the house, we were told by the owner. I think the reality was the house came with her. This house was on one of the many outer islands in the Bahamas—a gorgeous strip of land one hundred and ten miles long and one mile wide, vanishing to mere yards in places. Also coming with the house was another dog whom we shall call Black Dog for the purpose of this story, because we did.

Black Dog was a decent fellow and God knows he thought the world of Orange Dog, but he was old (so old that at one time we were positively convinced he was dead). Perhaps he’d seen enough of life to have lost a bit of his enthusiasm for it. But kudos to him that whenever Orange Dog got it in her head to go off on an adventure (which happened frequently), Black Dog dutifully followed along.

She was overjoyed to welcome us to the home she’d adopted. Black Dog, not so much. It wasn’t that she expected food from us—whatever man to dog food existed was tossed carelessly by the gardener on the driveway whenever he came.

Our first night in the house we were all awakened at 3 AM by pandemonium outside our windows. Naturally, we feared the worst—a murder, WWIII, Invasion of the Body Snatchers. It turned out to be Orange Dog and Black Dog vs. a roving band of potcakes (probably 7 or 8 in number). Using military tactics that would turn a WestPoint graduate green with envy, the Orange and Black defended their territory against the marauders who came seeking the food left out on the driveway.

I’m not a military tactician but the Orange and Black did all that stuff like “securing the perimeter” and “taking the high ground” to counteract the “hammer and anvil” and “encirclement” of the marauders. Alright, that last part I admit to copying from Wikipedia, but you get the point. As we cheered them on from our windows (okay, as we grumbled about being woken up in the middle of the night) Orange and Black finally vanquished the intruders.

The next day when I suggested removing the food from the driveway at night to relieve the dogs from the nightly assaults, the food was simply removed. Period. No matter. Orange Dog pivoted to rats and possum which I assume she shared with Black Dog because he continued to live. We added whatever human food we could to the mix. After all, it was our unfortunate suggestion that robbed them of the food they were receiving before we got there.

Did I mention the sorry state of Orange and Black Dog’s coat? Flea ridden. Clumps of hair missing from incessant scratching. It was heartbreaking. And Orange Dog showed signs of multiple litters although she was quite young.

But she bonded with us instantly since we came with the house. We generally pet her with our feet, not willing to trust what we might pick up through our hands. She didn’t mind. She rolled over and luxuriated in the human connection through a foot rub. She particularly bonded with Lucas probably because he loved her so.

When Lucas went surfing, Orange Dog (and therefore Black Dog) went with him just to make sure he was okay. As he paddled up and down the coast on his board, they followed along on the sandy beach, carefully avoiding the water. When Lucas was quite far from the trail leading back to our house, Orange Dog became concerned about Lucas’s sandals on the beach. At that point, she decided that saving Lucas’s sandal was probably more important than saving Lucas himself since she had no interest in getting wet and, besides, Black Dog was most likely complaining about putting forth all this effort on behalf of the visitors.

So Orange Dog picked up Lucas’s sandal and carried it all the way back to our house where we eventually found it, unchewed, near the front door. She probably asked Black Dog to carry the other one because, after all, she only had one mouth for carrying purposes. But Black Dog couldn’t be bothered with these new humans who were so dumb as to mistake him for being dead.

There are many other Orange Dog stories but the stories weren’t what captivated us. It was her spirit, so completely open and trusting and yet fiercely independent and truly joyous. We should all wish for such a spirit. We should all pray for such a friend.

I think about Orange Dog all the time. Lucas does too. We hope she’s well and that Black Dog is still by her side, reluctantly participating in her adventures. Steadfastly assisting in her defense against marauding bands of intruding potcakes. We wish God’s speed to the efforts of the Bahamian government and the Bahamas Humane Society to spay and neuter the potcakes, and perhaps administer a bi-annual dose of flea and tick preventative medication. Sometimes I wish we could have brought Orange Dog back with us but Lucas reminds me she would never be happy without her freedom to roam, and roam she did. We’d run into her miles away from her house in the unlikeliest places.

Perhaps one day we’ll go back and see Orange Dog again. Or perhaps one day you will. If you ever do, please give her tummy a tickle on our behalf. And maybe just a dose of flea medicine. 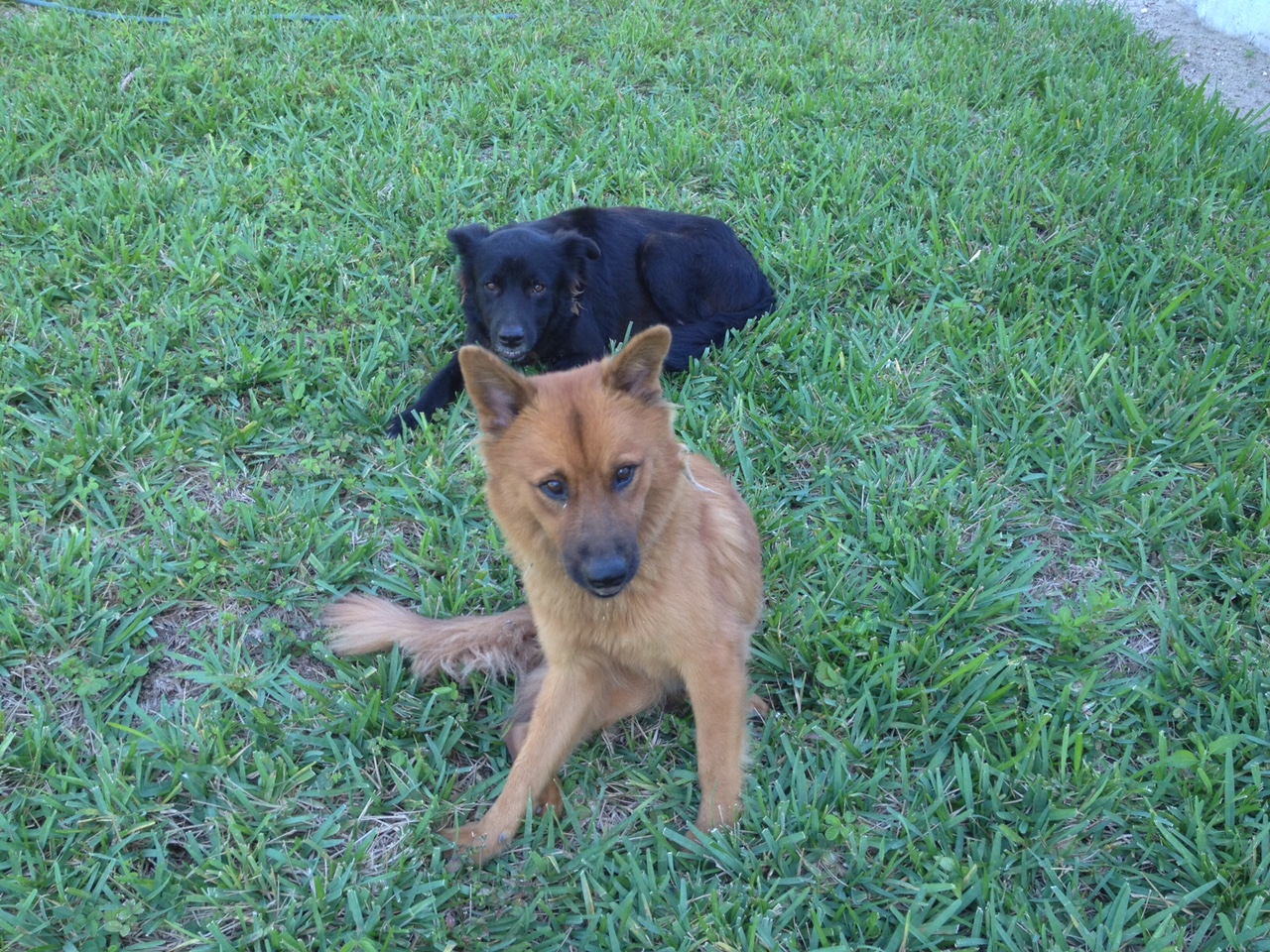 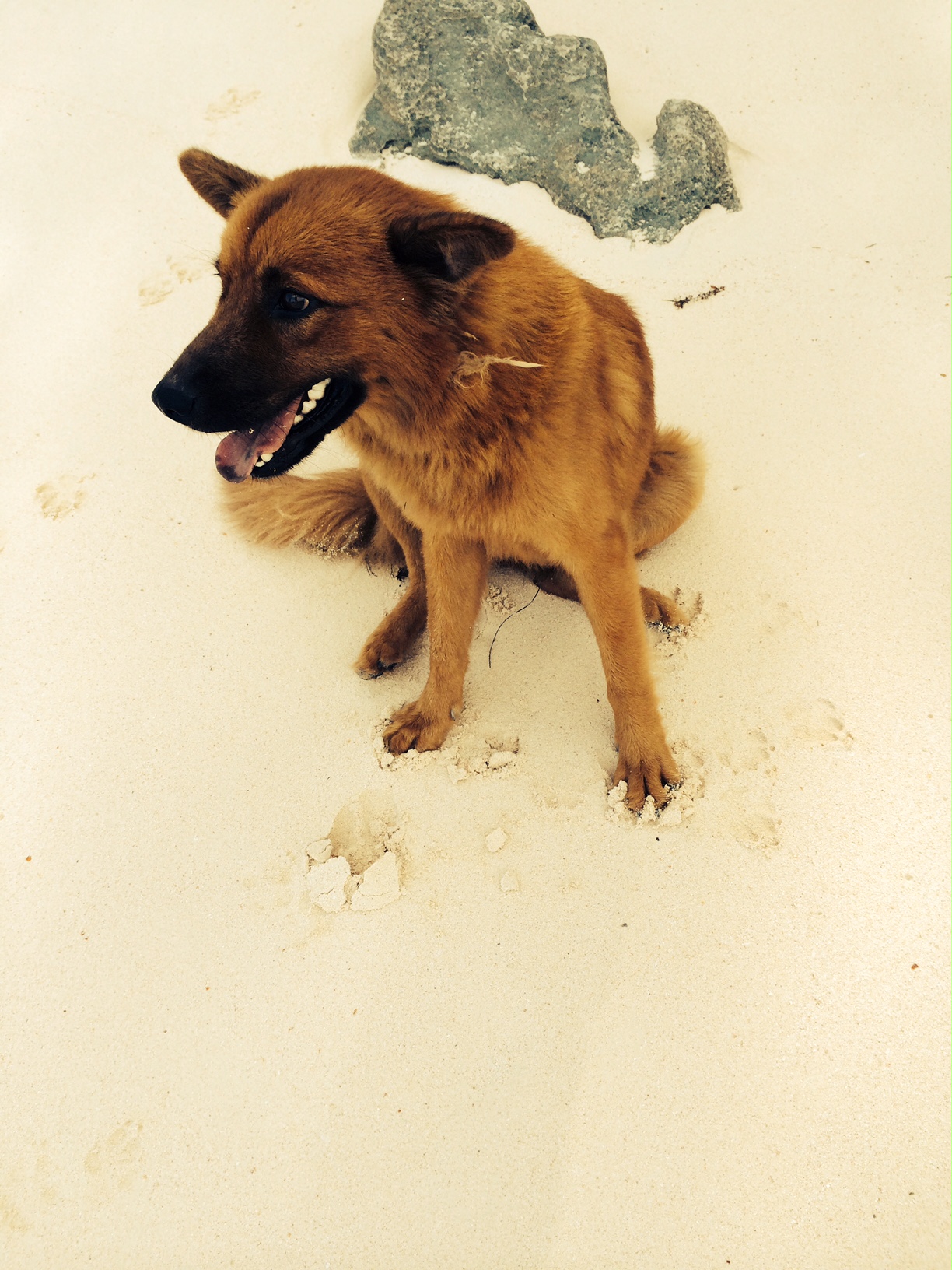 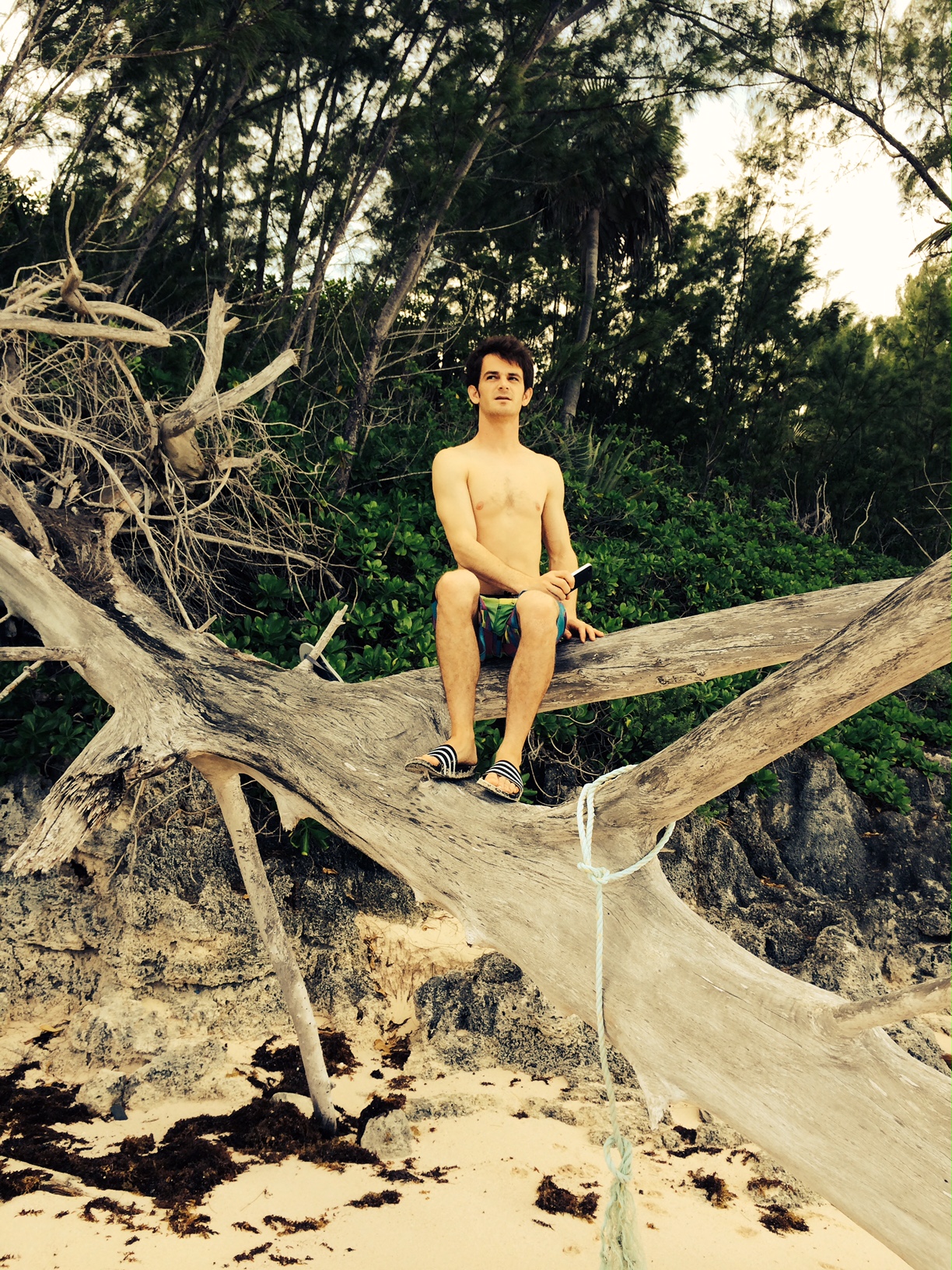